This is LOOOOONG over due, but I felt that I should still post something about the installation and unveiling of the Veterans Monument. This actually occurred in November. Again, sorry it took so long to post.
The city of Hartsville did an amazing job with the site for the monument. Every aspect of the park was carefully thought out and planned to perfection. The five concrete monoliths were erected first. 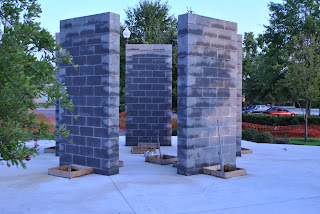 They were then dressed in stone that had been cut and imported to the site. The guys at the Inferno took care of installing the bronze. Because each panel weighed about 800lbs, a crane was used to lift the artwork into place. 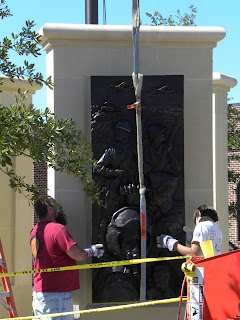 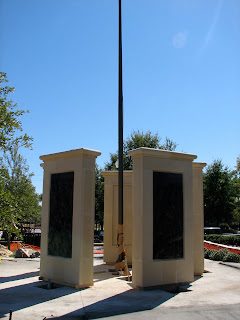 The last stage in the site preparation was the walkway and the ground around the five panels. 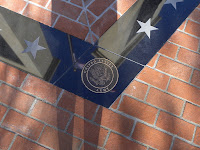 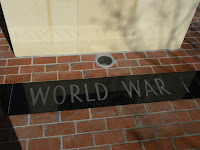 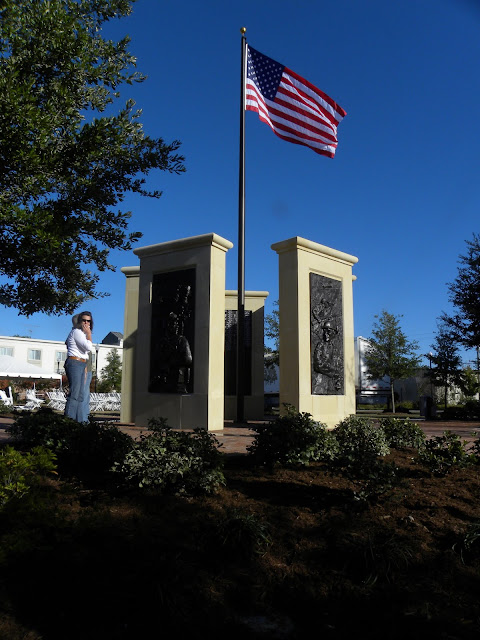