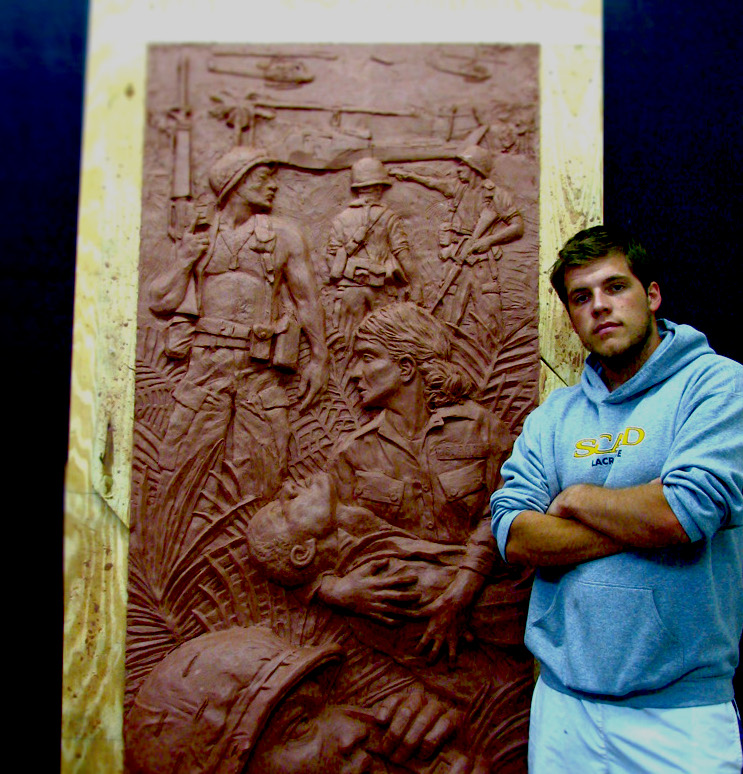 Charles is an award-winning painter and sculptor from Greenville, SC. After national success at an early age, he enrolled in the Savannah College of Art and Design (SCAD), where he graduated with honors in painting and art history in 2008. Charles believes that art-making is in his DNA. Charles follows in the footsteps of his father, Charlie, who is also a painter and sculptor. The father and son duo have worked as a team to collaborate on several major projects but also work independently of one another. Charles has shown work both internationally and stateside. fineart sculpture portrait charles pate jr